Recently, I was finally able to ride a bike (2 weeks pokushka postponed) along the Black Sea, from Anapa and almost to Bald Mountain. Who knows, there is a short distance, It is overcome in 40 minutes by bike, if non-stop, or for a couple of hours on foot. That is a very short pokatushka. True we stopped at the very top poktykat, then I tried for a long time take some night photos, and finally we drove along the embankment of Anapa, resulting in the whole event It took 3 hours, no less. I invite virtually with me to this easy but enjoyable ride.

In contrast with sitting at a computer at home, very cool able to catch the state. And moving by bike through the summer, when the warm wind blows, but you, and not hot, and not cold. AND some kind of special atmosphere on the mountain: the smell of the sea, complete silence, sunset, red clouds erasing the horizon. And wet fog, falling on you and enveloping like jelly. Funny but the night humidity had the smell of a tourist tent (the smell of damp), in which my parents and I once stood by the lake in Great Bows. Straight shot this memory from somewhere in the depths of memory. One of the few. Okay, about the state I have suddenly I wrote a whole post and I’ll post it separately.

The path from Anapa to Lysa Gora is about 3 km (from the edge cities). On the way, we stopped many times to make photo, it’s very difficult not to do this, places, despite the desert, favor to this. When we reached the Swallow’s Nest, the darkness fell smoothly. Here, on the cliff-drenched rocks, fit to sit and meditate. True, solid advertisements. Единственные, кто может нарушить ваш покой, это coming to the cemetery a couple of hundred meters away, and the same tourists bored in Anapa. 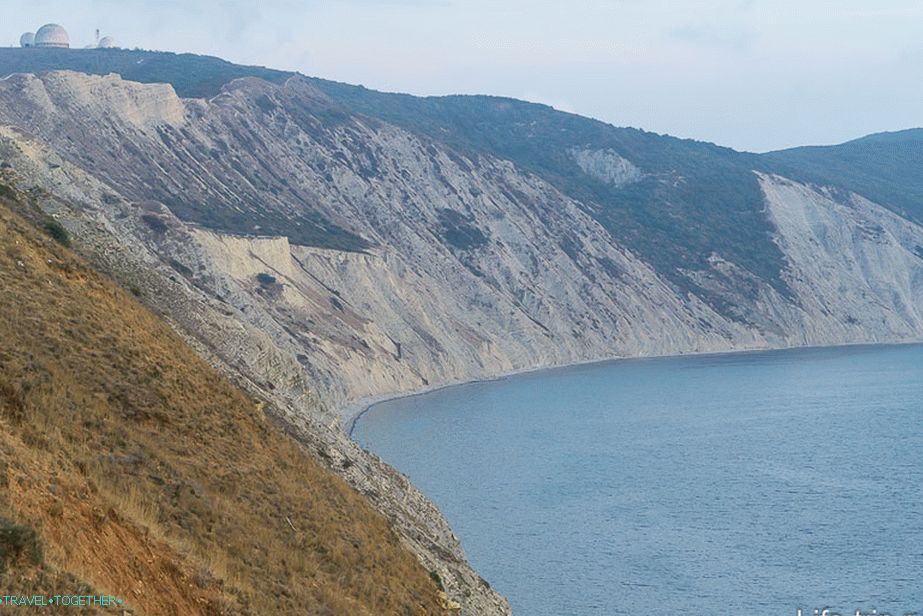 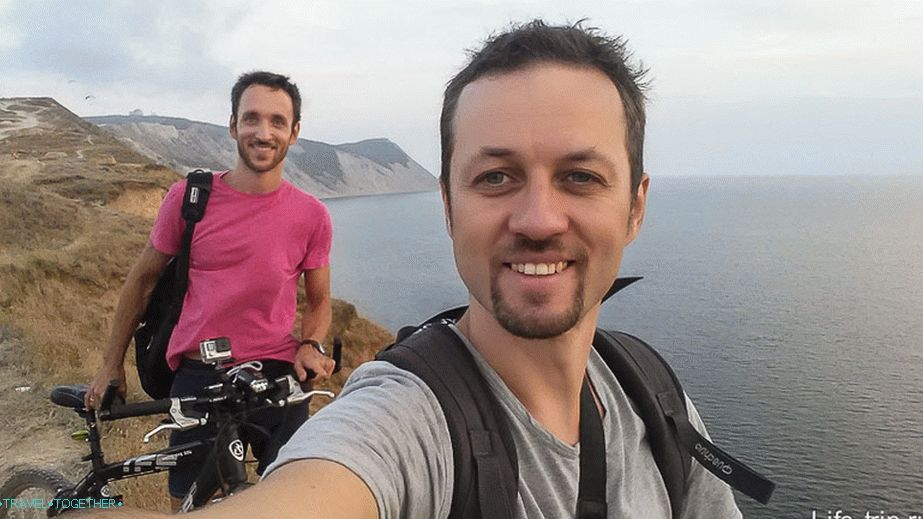 Bike Coil – happy as an elephant There are flying paragliders In some places you have to drive a bicycle. Sunset and clouds blur the horizon 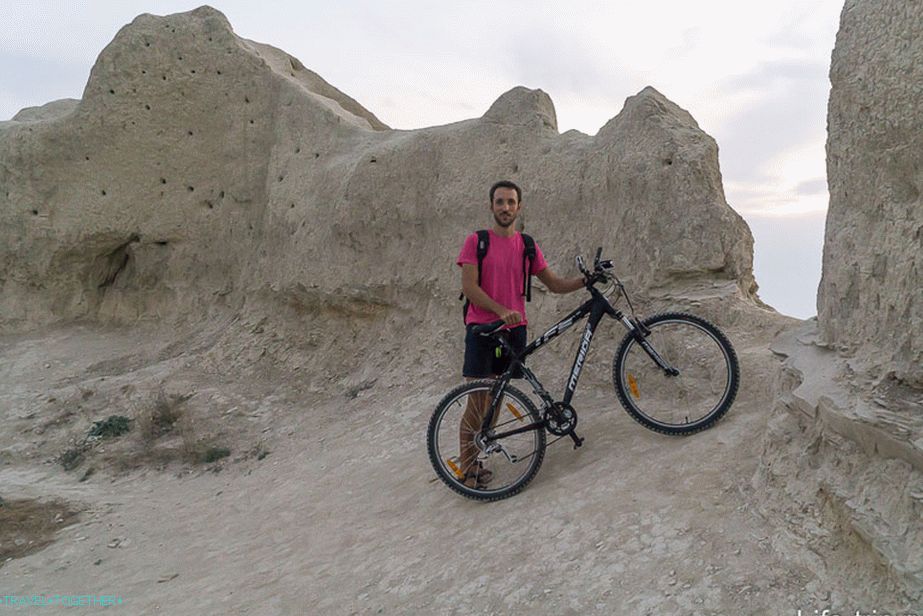 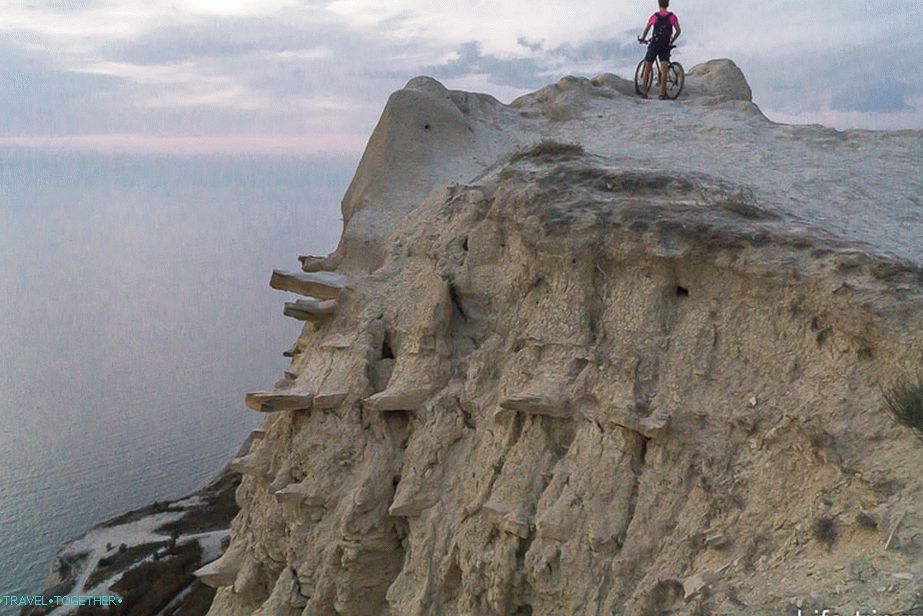 The Swallow’s Nest reminded me of Cappadocia in Turkey, only in very mini version. Usually the route does not end here and continues to a military base with air defense balls. But in the dark we are not there ventured to go. There was no need to turn the pedals on the way back, Know yourself scram and all. Great! And on the way we met the real the fox. I spent a very long time picking the camera settings, got out headlamp, as was the total darkness and the camera persistently did not want to focus, but the fox gave me a lot of time and walked almost at arm’s length.

Pokatushki ended on the waterfront, I really liked it, about 5 km long. Great place for walking with a stroller and running. You can also ride a bike, but in season too much people, and bother, probably, to and fro. Conveniently here near live. Pleasant city made (at least its center part), when I was here in the early 2000s, it was somehow completely sadly 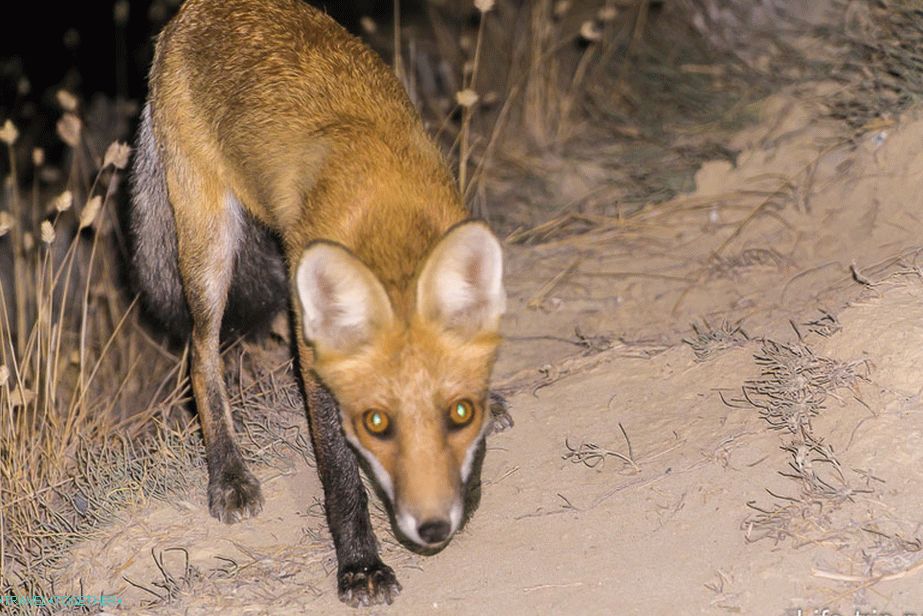 Balls on the mountain in Anapa

And literally in a couple of days, without settling down, I decided get to the balls. I called again for the company of my friend and we We drove to the cemetery, left it there, and climbed the hill. The way there took 30 minutes with stops on the photo, back 10. 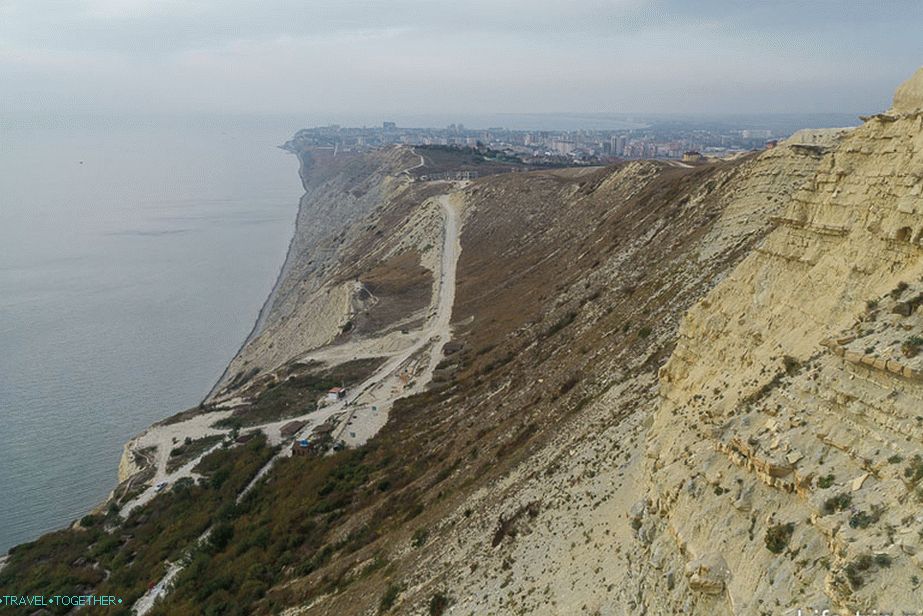 All the same high bank, he did not go anywhere during this time The time is nearing sunset Path to the air defense balls Monument to the first paraglider 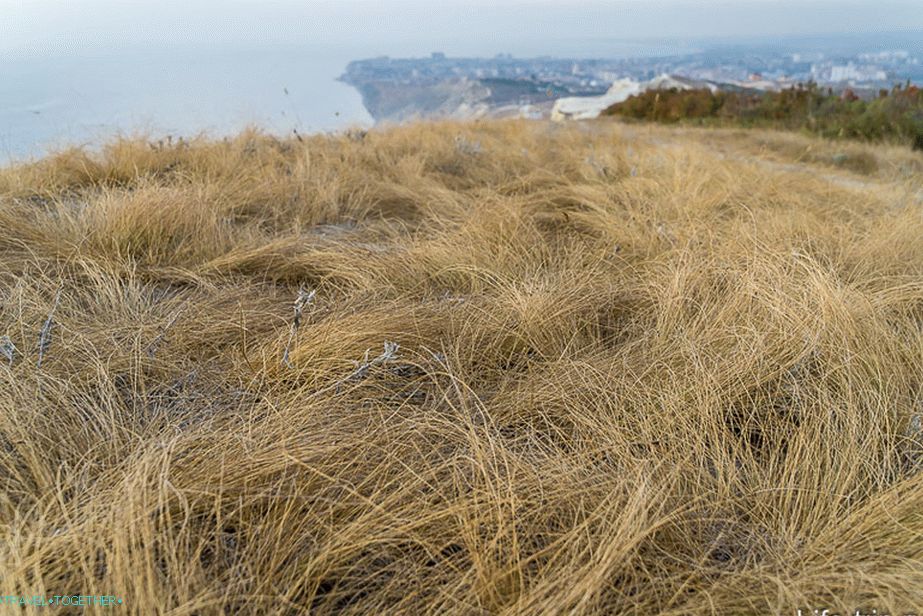 The grass is very similar to the dog’s coat. Type wading through a thicket of forest Anapa can be seen there in the distance. Visually, the two extreme balls are abandoned now, but everything is surrounded. barbed wire. It’s not a problem to climb through it, but for now I’m pondering, there were two young men in camouflage. Apparently us noticed and instructed to go check whether we want to climb on territory. 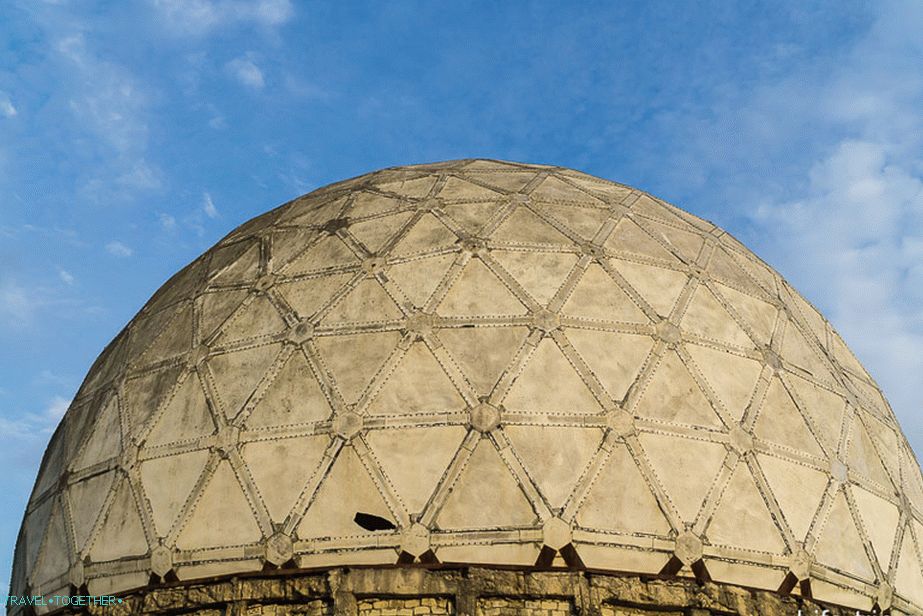 The dome of the balls barely breathing 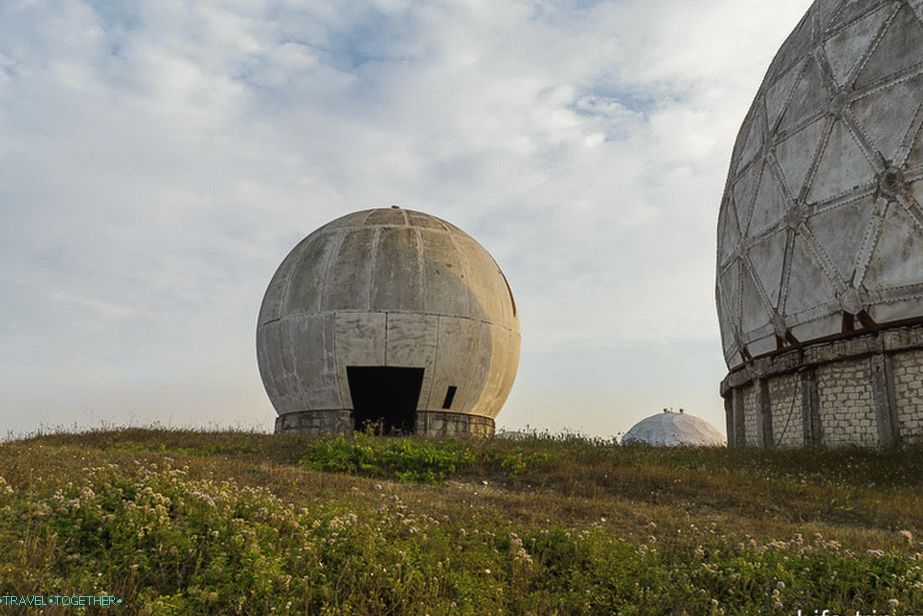 Some can go if no one has time to come About them military equipment The road continues on to the active balls.

On the map and how to get

The dot denotes the Swallow Nest, reachable by the car. First up to the cemetery on asphalt, then on a dirt road to the observation deck through the village of Supsekh. Any navigator will tell the way. Or just go from Anapa along the coast along the top and nowhere to turn, for example, from the park Nut Walnut. There goes now a bumpy dirt road and path, get lost is impossible. Alternatively, you can go and bottom directly on the beach to the staircase “873 steps”, then go up and go along it further towards the balls.

The second point is the place where the balls stand. If from Swallow nests go further up, then, as I wrote above, minutes later 20-30 you reach the military unit and radar installations. There easy to go, the rise is short-lived.

P.S. Misha, thank you for the bikes and company, great we are with you ride. I hope you still write a post about your experience Downshifting (well, or as it can be called). Sure few know that you can become a woodcarver, make good money, and live traveling while doing it.